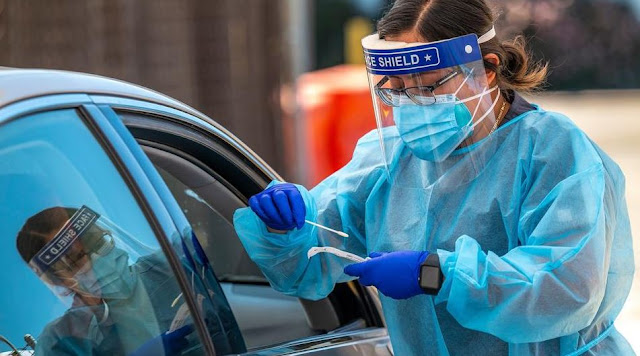 Health News Medjap in the Australian capital, Canberra, will go into a rapid lockdown within a week of recording its first case of Covid-19 in more than a year and starting on Thursday

The lockdown has been imposed across the Australian Capital Territory – home to some 400,000 people – as authorities do not know how infected people catch the coronavirus.

Residents are only allowed to leave the house for important reasons, Queues are reported at supermarkets during heavy lockdowns.

Australia is struggling to cope with the highly contagious Delta strain, which has resulted in its two largest cities – Sydney and Melbourne – being put under mass strict lockdown.

Most of New South Wales is on lockdown, and in Victoria, there are similar restrictions in Melbourne for at least another week.

“We made sure that we left no stone unturned in terms of additional (military) resources,” state Prime Minister Gladys Berejiklian told a media conference.

Around 580 unarmed army personnel have been assisting police in enforcing quarantine orders in the Sydney area and beyond.

Despite the seven-week lockdown in Sydney, infections remain near highs. A total of 345 new locally acquired cases were recorded in New South Wales that Thursday, while two men in their 90s died.

Less than a quarter of Australians are vaccinated. Despite avoiding the worst of the pandemic, frustration over the restrictions has led to several major anti-lockdown protests.

« How do you keep your lungs healthy?
CAUSES OF LOW BACK PAIN. »

China Target US IPO Their use of algorithms