The first volume of Ryuki Yuki and Kenji Sakakibara’s original work “Magic Gourmet: The best that I can eat the power of monsters!” It will be released on November 9th. 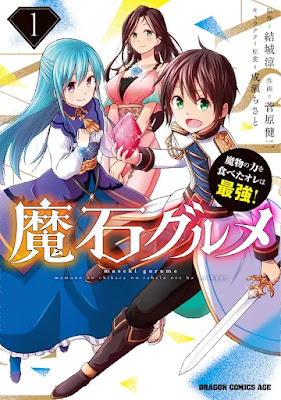 “Magic Stone Gourmet-I ate the Power of Demons is the Strongest! ~” Is a fantasy work depicting Ein’s main character who has reincarnated a different world with the skill “EX lowering poisons” to cancel all poisons? Ain was trained to be recognized by his father, who was a general in great strength, but he only took care of his second wife who was born with strong skills of the “Holy Knight”. His mother, first wife, Olivia, was treated unreasonably. Ain knows that magic stones, which are usually poisonous to humans, can be absorbed thanks to Toxin Degradation EX. This work is a comic version of this novel, serialized in KADOKAWA’s Webcomic media, Doradora Sharp