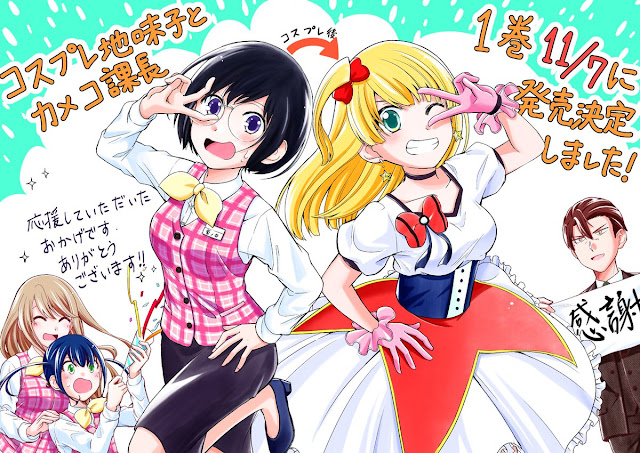 “Cosplay Quijo and Kameko Manager” is a four-comedy comedy that begins when OL, Murano, who has a cosplay hobby but has kept it secret, has encountered the company manager at the event venue. Although the manager is rumored to be a little scared but cool, the camera is a hobby. As a precious comrade who can talk about hobbies, the two of them gradually shortened their distance, and colleagues who saw them became interested in the relationship between Murano and the section manager. The work was serialized in Manga Time Special, but with the suspension of the magazine, Manga moved to Time Original (both Houbunsha). Serialization is scheduled to start from the January 2020 issue released on November 27