Null & Peta has been published 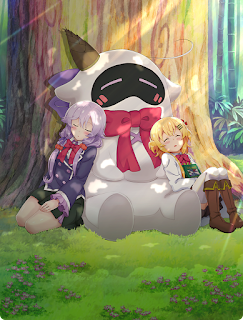 An original anime comedy, titled “Null Peta,” has been announced for Fall 2019. The mixed-media project will also include a game.

A new key visual for the original anime comedy “Null & Peta” has been published. It will premiere October 4th

“Genius inventor Null tragically loses her older sister Peta in an accident. To get over the grief, Null develops “Peta Robo,” a robot with the same characteristics as her late sister. However, the robot is a little different as to what Null expected.“