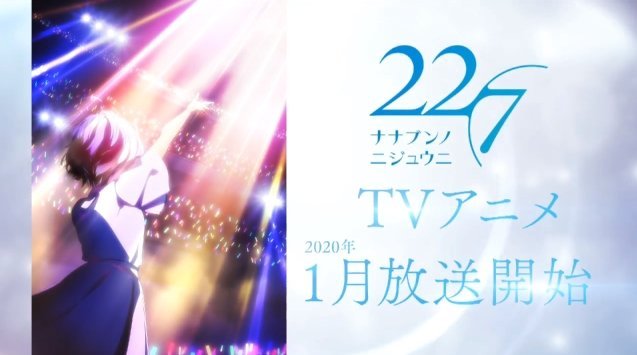 22/7 (Nanabun no Nijūni) is a Japanese idol and anime series project between Yasushi Akimoto, Aniplex, and Sony Music Records. The project is described as “idols who transcend dimensions.” The members of the group provide the voice and motion capture for their characters.